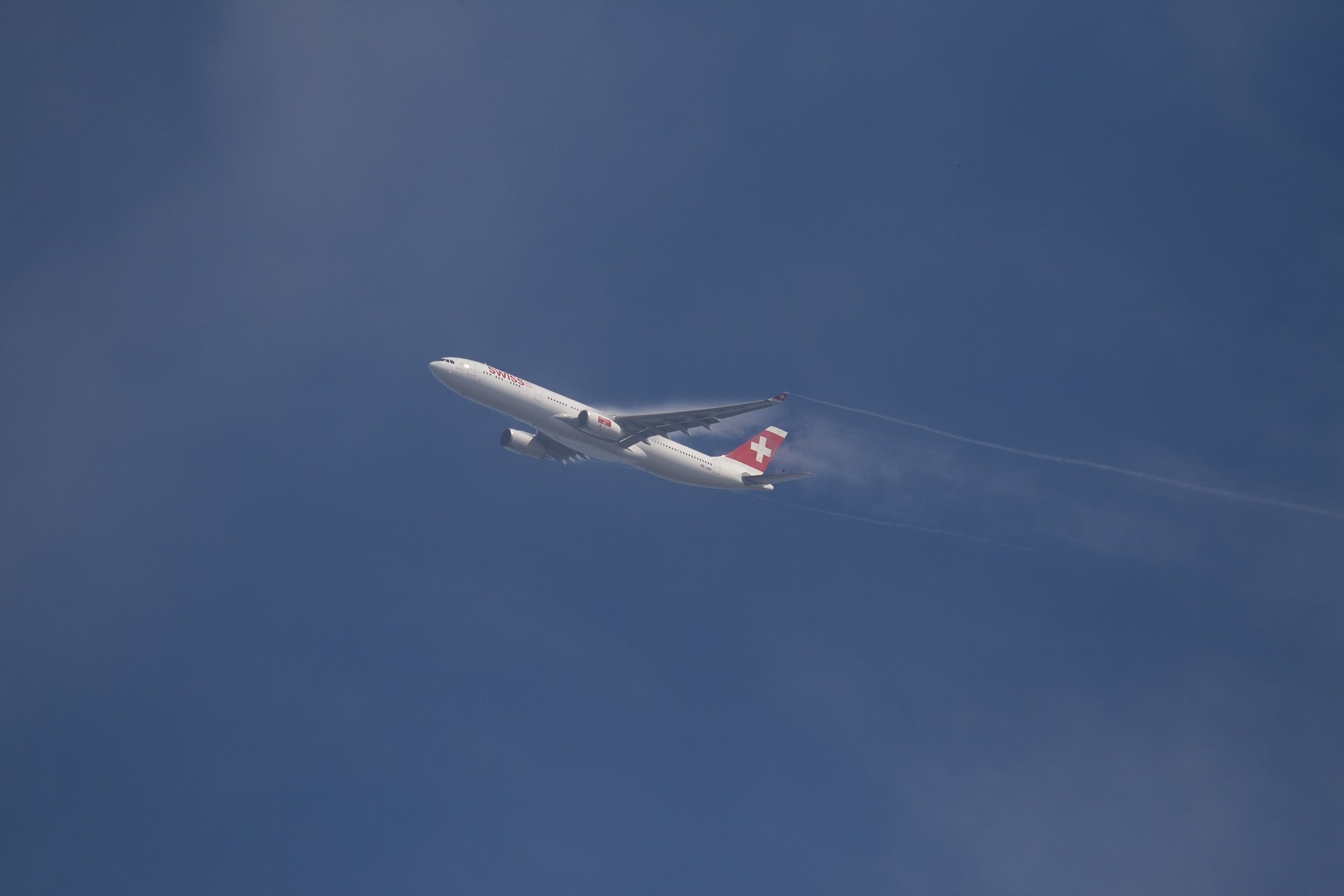 Is it your first time flying? Or maybe the news has you concerned about your upcoming flight. Regardless of whether you might be asking yourself, “How safe are airplanes, or how safe is air travel?” Whatever the news or friends have predisposed you to believe, the short answer is: it’s easily the safest way to travel.

How Safe Are Airplanes?

Luckily, commercial airlines are regulated by the FAA - that’s the Federal Aviation Administration. The FAA is an agency that is under the United States Department of Transportation that is responsible for the regulation and oversight of civil aviation within the United States.

In Europe, the EASA, European Aviation Safety Agency, is the equivalent.

Follow the link to see a breakdown of commercial airplane safety data.

If you don’t want to comb through the data, just know this: There are 40,000 flights every single day, carrying over 2.6M passengers to their home or destination. In 2016, there were 0 fatalities, and 0 fatal plane crashes, with only 31 actual accidents across over 8,000,000 flights.

The odds are in your favor, but what’s better than luck is the safety mechanisms and designs in place to keep you safe. Read on to the next section to learn about the designs and mechanisms engineered into airplanes that help keep you safe.

Why Makes Airplanes So Safe?

The Ground Proximity Warning System (GPWS), or is sometimes referred to as Terrain Awareness Warning System (TAWS), is a system that alerts pilots if there a danger of flying into the ground, water, or into an obstacle, such as a mountain.

These systems became required in 1974 by the FAA when studies were done showing that when a properly functioning airplane under the control of a fully qualified and certified crew, had flown into terrain with no apparent awareness on the part of the crew.

These types of accidents are categorized as Controlled Flight Into Terrain (CFITs) and had reached a historical high in 1973, calling for the implementation of the safety system.

Following implementation, large jet transport accidents attributable to CFIT, fell to an average of only 1 every 2 years for the United States. Far below the rate the rest of the world was experiencing.

Since the implementation of the system, it has continued to be improved over the years with updates, new technologies, and new procedures in place to thwart these accidents.

If you’ve ever been worried about a mid-air collision while flying, hopefully, this safety feature will assure you of your safety. The Traffic Alert and Collision Avoidance System (TCAS), or sometimes referred to as the Airborne Collision Avoidance System (ACAS), is a system of controls that essentially provides a second set of eyes for pilots and air traffic control.

However, this set of eyes works in all directions, using radar technology. These systems do not rely on ground communications to operate. Instead, they communicate with other-transponder equipped aircraft where the threat of a mid-air collision is possible.

These systems began development in the late ’60s, and early ’70s after a mid-air collision over the Grand Canyon in 1956 sparked the realization for such a system.

The system continues to be developed, and updates are implemented around the world in passenger airline, cargo, business, and government aircraft.

On January 1st, 2003, the International Civil Aviation Organization (ICAO), which can be equated to an international version of the FAA or EASA, mandated the use of TCAS II by all planes with a takeoff weight of more than 15,000kg, or with an authorization to carry more than 30 passengers.

First off, what is wind shear? Generally speaking, wind shear is a sudden change in wind speed or direction over a short distance.

If you’ve ever walked around a big city where the air seems calm, there’s no sign of rain and the sun is shining, only to turn a corner around a large building and get blasted by a gust of wind - that’s essentially what a wind shear is.

This isn’t a problem if it’s happening to you over a distance of 10-15 feet; you don’t have a wide coverage area and aren’t meant to fly. However, on a larger scale, when a plane is accelerating for takeoff or trying to decelerate to land, this can be a huge issue and has caused many accidents.

Pilots are trained to recognize and perform maneuvers that allow him or her to escape a wind shear; however, knowing that wind shear is coming allows the pilot to be better prepared.

In 1971 the FAA created a task force specifically for investigating the various activities to detect and alert for potential wind shears on the ground and in the aircraft. Additionally, improvements in forecasting and reporting the information were improved with the primary goal of avoidance.

Over time systems and processes were developed and improved to aid in the detection of wind shears. The National Weather Service played a role reporting while upgrades were made to existing ground-detecting tools.

While warning systems and all these advancements in technology are great, computers still cannot replace a human being for the more complex aspects of flying, let alone 2.

The time-cost to become a commercial pilot is far from cheap, let alone the monetary cost. When an airline hires a pilot, it is a massive investment in that person. The cost of the pilot himself, the cost of the plane, the liability of passengers, and the FAA’s strict regulations make the hiring and training process lengthy.

In the United States, co-pilots are required to have 1,500 hours of total flight time before becoming a pilot. To put that in perspective, that’s almost 63 days worth of time in the aircraft with a more experienced, senior pilot.

According to AAA, the average American spends an average of 310 hours in their car over the course of a year.

Additionally, pilots must be in excellent physical health and pass a number of health examinations. Ongoing training is required by almost all major airlines and the FAA.

As you can see, becoming a commercial pilot is a rigorous journey and is well beyond the scope of this article. At the bare minimum, know that your pilot has spent his fair share of time in the cockpit and made the personal commitment for this to be his or her full-time career.

Airplanes are massive investments for both the manufacturer and the company purchasing them. Most major commercial airplanes have a lifespan of 25-30 years before they’re ‘retired.’ Proper maintenance is a must to ensure an aircraft reaches its full lifespan safely.

For a large fleet of aircraft, like those operated by the big commercial players - American, Delta, United, Southwest, etc. these aircraft go through regularly scheduled maintenance checks. Although not as simple, this is similar to how you regularly change the oil in your car, check your tires for excessive wear, check for odd noises, etc.

For example, American Airlines operates its primary maintenance facility out of Tulsa, Oklahoma. Delta’s is located in Atlanta, Georgia. All of these major airlines have training programs maintenance technicians must go through before being allowed to work on any aircraft.

While most airplanes fly into the company’s primary maintenance headquarters, some airplanes are maintained at other locations.

Lastly, we cannot forget about the manufacturer who performs regular testing on its product to ensure the highest quality standards are met.

Boeing is one of the largest airplane manufacturers in the world and provides aircraft fleets for nearly every single major commercial airline. Most notably, their 737 and 747 models are two of the largest aircraft people may ever fly on.

Apart from regulatory requirements, manufacturers have their own set of stringent requirements to meet. Boeing, for example, designs its planes to withstand 150% of the highest load an airplane might encounter in commercial service.

Realistically, that 175,000lb rating will likely never be reached. However, if it were, the plane would still be okay, as it’s able to carry up to 262,500lbs fully. This extra margin of protection gives the pilots the ability to push the plane a little harder in the event of an emergency.

Additionally, fatigue tests, structural strength testing, and validation tests are examples of more of the rigorous quality control manufacturers, like Boeing, place on their airplanes. Under fatigue testing, airplanes are tested up to 3 times their lifespan for wear and tear to ensure durability.

Yes, they are, even though safety standards evolve, that doesn’t mean older airplanes get ‘grandfathered’ in. Instead, these planes have to be upgraded to meet the standards or be decommissioned.

Comparing the safety records of a 747 to a 737 is like comparing apples to oranges. One may be safer than the other in a particular scenario based on statistics, but that doesn’t make it a safer ‘overall’ airplane.

There are too many factors to take into consideration the safest airplane. However, when looking at the statistics, almost all airplanes show incredibly high safety records, in part due to the regulations set by the FAA.

Can the wings of an airplane break off?

You may see the wings of the airplane shake and move in a way that looks like they’re going to break, but fear not - they’re designed that way. They have to be flexible, so they don’t crack or break.

Can the door to an airplane be opened while in flight?

No, it’s virtually impossible unless the Incredible Hulk is on your flight, and he might even have a tough time doing it. Once the cabin is pressurized, the force required to open the door is too high for a human, or the Hulk, to open.

In the event of an emergency, the pilots will depressurize the cabin when it’s safe to do so. If the cabin is depressurized at a high altitude, all the oxygen will get sucked right out of the plane. Hence the reason oxygen masks are provided in the event the cabin does lose pressure.

Can the window of an airplane break while in flight?

In short, yes, but again, only under extreme and rare circumstances. The only way that a windows airplane could be broken while in flight would be if a piece of the aircraft itself broke off and flew into the window.

However, it has happened only a handful of times and is related more to engine failures than the window failing. Even if the window does break, there is a backup built into to help keep the cabin pressurized. Essentially something would have to fly into the same exact spot twice for it to become an issue.

On top of everything already mentioned in the article, remember - all of these safety features also have built-in redundancies. Meaning, that even if the first safety feature fails, which it rarely does, there is a backup, and sometimes even a second back up to ensure the passengers and crew are safe.

Click the link to read more about the airplane safety statistics.