The True Responsibilities of a Flight Attendant 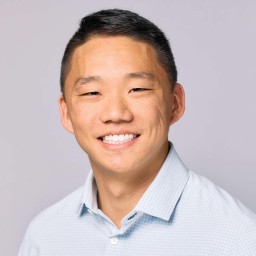 We’ve all heard the on-board pre-flight announcement that says, “flight attendants are here primarily for your safety”. And this is absolutely correct, as flight attendants undergo extensive training in how to respond to a myriad of possible emergencies during a flight.

While you may think that being a flight attendant is a really great way to travel and meet people (it is!),the safety aspect is undoubtedly the most important aspect of the job. From a passenger’s perspective, that’s the way it should be.

On a good day, a flight attendant won’t encounter any emergency situations, but having to deal with hundreds of travelers, each on a mission to get to their destination safely and on-time, will certainly lead to unexpected and challenging situations.

Let’s examine what safety training is required before a flight attendant earns her or his wings.

It takes six to eight weeks of intensive training before a flight attendant trainee is ready to fly. During this nearly two months of classroom and hands-on instruction, FA (as they’re called in the trade) trainees learn exactly what to do in the event of an emergency, bearing in mind that threatening situations can occur both on the ground and in the air.

As an airline passenger, you can take comfort in knowing that nearly one in three applicants doesn’t make it through the FA training courses. Failing a test, such as being unable to climb into a raft from the water, will eliminate a student very quickly. Airlines are very selective when it comes to hiring flight attendants.

After being trained, can a flight attendant fly on any aircraft?

No. Just as pilots train to fly a specific type of aircraft, flight attendants are trained to know the type of aircraft that they will be assigned to fly on. In order to graduate and take to the skies, each flight attendant trainee must be an expert on all aspects of the aircraft’s cabin, from how to open a lavatory restroom that’s locked from the inside, to proper use of a fire extinguisher in the event of an inflight fire.

In order to be able to work on a different type of aircraft, ex: Boeing 737 vs. Airbus A321, each flight attendant must be certified by the employing airline for both aircraft types. This is because different manufacturers have onboard systems that are unique to their ‘brand’, which may function differently from a competitor.

Annual refresher training is also a requirement, so your cabin crew stays up-to-date with any and all changes to the aircraft.

What medical and first aid training do flight attendants receive?

Additionally, FA’s are certified to deliver potentially life-saving CPR to adults, children, and even infants. CPR is typically administered after using an AED, as was the case with Buffalo Bills player Damar Hamlin. When an AED is not readily available, CPR can be given alone.

As you might expect, all passenger aircraft carry a first aid kit that includes bandages, gauze, tape, bandage scissors (must not be sharp, and no more than four inches in length), as well as gloves for use while treating a passenger for cuts, scrapes, or whatever else may occur. Flight attendants, as part of their medical training, learn how to make use of these on-board supplies.

While not formally trained for such an occurrence, flight attendants have been known to step in and deliver babies during a flight. And, when a medical emergency arises, flight attendants are sometimes called upon to assist a doctor who is traveling on a flight by happenstance, when a passenger becomes incapacitated. A doctor may request a flight attendant assist as his ‘nurse’, should there not be a licensed nurse aboard the flight.

Stuff happens, and just like the pilots up front, flight attendants must be trained and prepared for unforeseen emergencies. Among these are:

Flight attendants know when, and how, to disarm the doors and inflate the slides properly. They are trained to evacuate the aircraft with half of the doors being inoperable, in no more than 90 seconds. This type of emergency may occur if the landing gear won’t deploy, or an engine fire requires a quick exit, usually on the runway or taxiway, upon landing.

During the height of the COVID pandemic, passengers became more belligerent toward the cabin crew, as well as other travelers. Flight attendants are trained to deal with these situations, but it can be more than they can handle sometimes.

A last resort is to request assistance from one of the pilots, and there have been reports of other passengers assisting the FA’s in subduing or restraining an out-of-control traveler. Flights have also been diverted to a closer airport if a situation is too complex to diffuse. If an air marshal is aboard a flight where an incident occurs, he may break cover and step in to assist.

By now, it’s clear to see that flight attendants really are on board primarily for the safety of the passengers. While chances are you will never experience any of the above emergency scenarios, the flight attendants are trained to act and react quickly and professionally. They are highly trained professionals who do much more than serve beverages and snacks.

FAA regulations stipulate that there be at least one flight attendant for every 50 seats on a commercial aircraft. This is probably adequate when a flight is uneventful, as they are most of the time. When your flight doesn’t go exactly according to plan, you’ll probably wish there were more flight attendants aboard.

So buckle up, store your belongings completely under the seat in front of you or in the overhead compartment, make sure your tray table is up and locked, and your arm rest is down for takeoff and landing.

And thank the nearest flight attendant for their commitment to your comfort and safety.